Robots for a safer world challenge 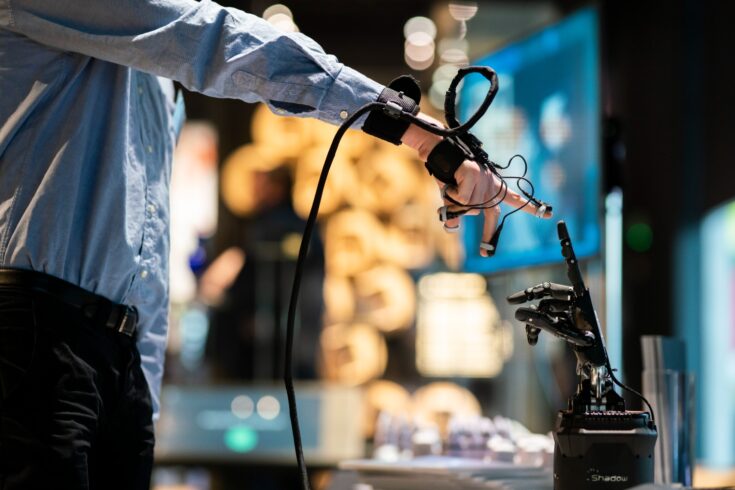 What did the challenge do?

This challenge, with an investment of up to £112 million, focused on research and innovation in advanced robotics and autonomous systems.

It aimed to create a safer working world for humans by taking them out of extreme environments such as places that are difficult or dangerous for humans to access.

Over the past five years we’ve shown that robots can take on tasks that are:

Our investments have developed robotics and artificial intelligence systems that can carry out tasks in extreme environments like:

The challenge also addressed new needs arising from the COVID-19 pandemic, such as robotic sanitising of care facilities.

What impact has the challenge had on the UK robotics industry?

In the last five years we have supported over 200 unique organisations (178 businesses and 45 research and technology organisations and universities) and funded 162 different projects across the:

The challenge has invested over £112 million alongside £16 million of
co-funding from other government sources.

This was supported by over £500 million of industry matched funding into our community.

It has built a cohort of organisations all pulling in the same direction, bringing innovative products and services to market.

It has compared itself on the international stage, by:

Investments under this challenge included:

Each hub looked at a different area of robotics use cases and worked nationwide with many partners.

The leads were based at:

Explore all the challenge’s funded projects

The robot uses multiple legs with vacuum cups, and can be rapidly deployed and retrieved, minimising turbine losses.

The future of fruit packing

Wootzano, based in County Durham, has developed an entirely autonomous robotic system capable of completing delicate, dexterous tasks like fruit and vegetable packing.

With a patented electronic skin, proprietary hardware, and machine learning algorithms in fully integrated robotic packaging systems Wootzano’s technology allows its robots to have a greater sensory awareness of their environment.

This allows the robots to analyse data such as:

Project Prometheus looked at the inspection and exploration of underground environments, which can only be accessed through 140mm to 150mm boreholes.

The robots can inspect subterranean mines underneath the rail network and other infrastructure, which humans cannot reach, are dark, lack GPS and can be partially flooded.

The NCNR is reducing the need for humans to enter radioactive environments by sending drones to monitor and survey nuclear sites.

The University of Bristol, as part of the NCNR consortium, conducted the first ever drone flight over Chernobyl’s Red Forest, using radiation mapping technology to conduct an aerial survey.