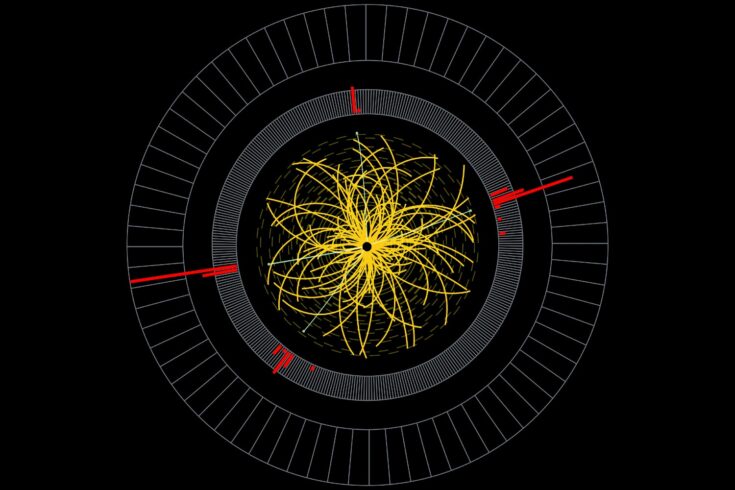 The UK is one of 12 founding members of CERN, home to more than 13,000 researchers from over 75 countries, all seeking answers about the nature of the universe.

Founded in 1954, CERN is the world’s largest particle physics laboratory. A 2020 evaluation by Technopolis looked into the benefits to the UK of its membership. They concluded that in the previous decade UK participation in CERN delivered a financial return close to investment, and brought additional exceptional benefits in terms of science, society and innovation. The evaluation said that this is a prime example of the positive impacts of international collaboration.

UK membership of this world-famous science facility is managed by STFC. Around 1,000 UK scientists, researchers and technologists are based at CERN. They continue to play a major role in breakthroughs spanning more than 100 scientific fields, including:

Impacts of UK’s Membership of CERN

The benefits of CERN membership are wide-ranging and substantial.

UK scientists were involved in three of the eight Nobel Prizes awarded for work at CERN, including the Nobel Prize in Physics for work on the Higgs boson in 2013. The Higgs boson publication, with over 8,000 citations, is one of the most highly cited papers in any subject.

Life-changing breakthroughs in medical, environmental, technological and social spheres have been enabled through the major advancement in technology required for CERN experiments, all of which contribute to the UK’s economy. They include the World Wide Web, detectors for positron emission tomography (PET) scanners, touchscreens, fibre-optic sensors and supercomputing.

For UK researchers and firms, the benefits of being involved with CERN are significant and associated with an uplift in earning potential. The movement of CERN-trained staff into other sectors provides much needed capabilities, partially compensating for the UK’s science, technology, engineering, and mathematics (STEM) skills shortage that currently costs UK firms £1.5 billion a year.

CERN supports the strength of the UK research community and contributes to the UK’s international presence, visibility and reputation. The UK has an important role influencing decision-making, promoting UK research interests and participating in ground-breaking science, with many UK researchers holding influential positions.

Since 2010, around 500 UK companies have done business with CERN, winning contracts worth at least £183 million in revenue.

New markets continue to become available through CERN membership, estimated at the time of the 2020 report to be worth £1 billion in turnover and £110 million in profit for UK suppliers.

Read the full report and a summary of the Evaluation of the benefits that the UK has derived from CERN.