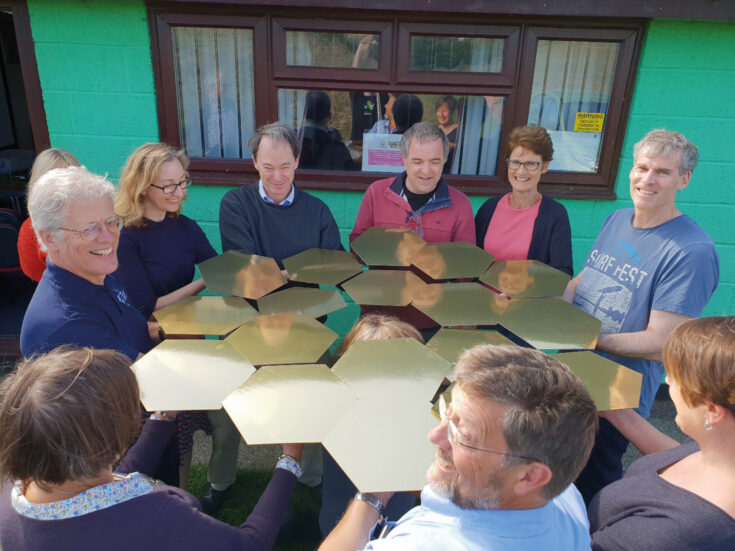 People all over the UK, including tens of thousands of schoolchildren, are on the edge of their seats for the launch of the James Webb Space Telescope.

When it launches, Webb will be the largest space telescope ever. After launch, it will travel a million miles, four times further than the Moon, to start its work observing the formation of stars, distant galaxies, and much more. The scientific successor to Hubble, Webb is a monumental feat of engineering designed to answer some of the biggest questions about our Universe.

This ground-breaking mission is obviously big news in the scientific community. And thanks to the work of fantastic networks of educators and public engagement professionals, enthusiasm for the mission is also running high in:

We want everyone to take part in this exciting mission

Work on a national programme of public engagement for Webb in the UK started in 2016. Led by the Science and Technology Facilities Council (STFC) and the UK Space Agency and supported by dozens of partner organisations. The campaign builds on the conviction that exciting scientific endeavours like Webb belong to everyone.

The campaign’s overarching mission is to promote, coordinate and support activity across the UK that could inspire and involve as many people as possible with Webb engineering and science. To that end the UK Webb community has collaborated with hugely talented people in science centres, planetaria and astronomical societies. The aim is to make sure that whoever you are and wherever you are, there are ways for you to get involved with the Webb mission. 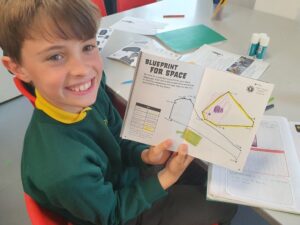 To maximise the potential of the Webb mission to act as a springboard for UK schoolchildren to participate in science,  technology, engineering and maths (STEM), it is working with educators to develop programmes and resources for primary schools and secondary schools. The UK’s heavy involvement in Webb has offered a tremendous opportunity to inspire and involve young people, showing they can pursue cutting-edge STEM careers here in the UK.

Over the past 30 years, hundreds of people around the world have worked together to build Webb. And hundreds more will collaborate to use it after launch. These individuals bring diverse skills and attributes to a global team; they are passionate about what they do and are hugely excited about the mission. But Webb is not just a fantastic example of global collaboration, it’s also a local story for communities the length and breadth of the UK.

UK scientists and engineers have played a pivotal role in making Webb. One of the four science instruments on Webb, Mid-infrared Instrument (MIRI) was proposed, designed and built by a European consortium led from the UK Astronomy Technology Centre in Edinburgh.

Scientists, engineers and technicians at dozens of organisations and universities across the country have worked on MIRI, another instrument called NIRSpec and Webb’s spacecraft systems.

UK astronomers will also be among the first to use Webb once it unfurls after launch. From Belfast to York and St Andrews to Sussex, researchers in the UK have secured observing time on Webb in its first year. In the coming months and years, UK scientists will collaborate with international teams to make incredible discoveries:

The Webb UK campaign and our partner organisations work to connect schoolchildren and the general public with the scientists and engineers working on Webb in meaningful ways. Bringing world-class science and technology within reach and highlighting people in their own communities who are working to explore the Universe as never before.

To date, over 150,000 people, including over 100,000 schoolchildren, have participated in projects and activities supported by the Webb UK campaign. Primary school pupils have taken on the role of Webb engineers and scientists with their own Deep Space Diaries. Older students have taken part in a Webb-themed IET Faraday Challenge, and collaborated with scientists to analyse archival data and find new targets for Webb in the Cosmic Mining project. Outside of schools, exhibitions, hands-on activities, online events, planetarium shows and more have been happening all round the UK.

The campaign has also built enduring networks and partnerships among the research, science engagement and education sectors, which will continue to connect audiences with Webb’s discoveries in the years to come. It’s been great to feel the excitement about Webb building over the years, and a joy to see young people’s enthusiasm for Webb’s incredible science and remarkable technology.

As my colleagues and I watch Webb blasting into space, I’ll be thinking of all the people I’ve had the pleasure to meet and work with over the last five years, including:

All of whom I know will be cheering Webb on just as loudly as we are.

Find out more about this remarkable telescope and the public engagement programme.