Drama explores our place in nature and what ‘the environment’ means 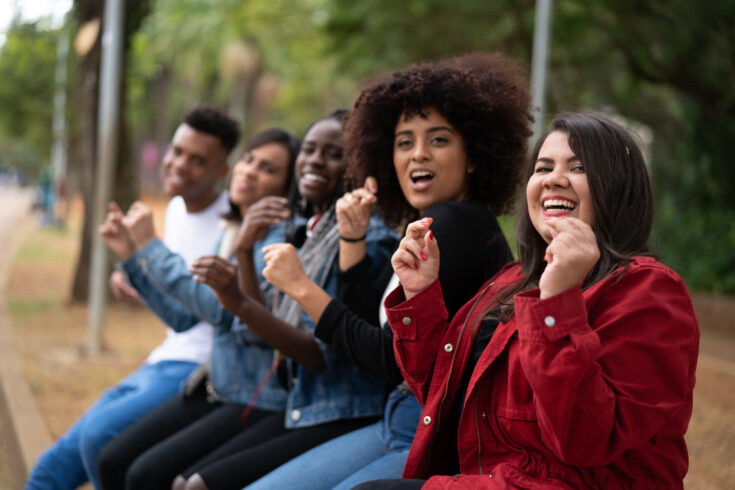 A project supported by AHRC uses innovative outdoor drama in remote locations to explore our relationship with the natural world.

Just as the world was waking up to the twin threats of climate change and biodiversity loss, the COVID-19 lockdowns forced us to focus more on our immediate surroundings and the natural world.

Many people found solace in nature throughout this difficult time and forged a new relationship with ‘the environment’ as a result.

A new residency project supported by the Arts and Humanities Research Council (AHRC) aims to explore this further.

‘The Song of the Reeds – Dramatising Conservation’ uses innovative outdoor dramatic performances to explore how the arts can inform conservation. It also aims to help us understand our impact on the environment and inspire us to tackle the effects of climate change.

To do this project PI Professor Steve Waters from the University of East Anglia has spent a year in the fens working with the theatre company, Tangled Feet. He says that together they are creating:

A new sort of writing that doesn’t just speak of the environment but emerges from it.

Their work is focused around two nature reserves in East Anglia:

I wanted to look at nature in a time of COVID-19 and develop a playwriting that closely engaged with conservation in an age of extinction to create something that could be both pleasurable and profound.

The result is a new show, ‘Murmurations’, which goes live in September.

He has also helped produce a spin-off drama for BBC Radio 4, ‘The Song of the Reed’, featuring Sophie Okonedo and Mark Rylance. Through four seasons, the play will track the practical work of stemming the global loss of species some have called ‘the sixth extinction’.

It’s an adjacent but amazing platform to explore some of the same themes.

I couldn’t have done any of this without the support of the AHRC.

It has given me the time away from teaching to develop a depth of engagement that would have been impossible otherwise and I couldn’t have funded the project through other channels.

Performances accessible to all

The funding has also enabled him to commission the project in a way that ensures it remains free at the point of access, except for reserve entry charges.

The reserves would never have had the budget to do this and it allows us to tackle important issues around accessibility and diversity and make sure everyone can experience the work.