Innovative ‘smart tank’ can save money and balance the National Grid 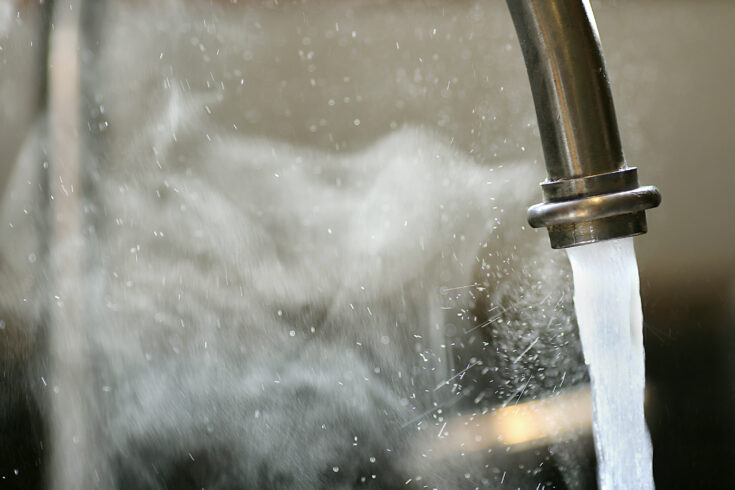 An Oxford company backed by Innovate UK has developed a hot water tank that, if adopted by just 3% of the UK, could absorb the biggest surplus of renewable energy in the country.

Mixergy tanks could help balance the National Grid and bring flexibility services into people’s houses, through devices they already own. They also have the potential to save customers up to 21% on their hot water bills, verified by the Energy and Saving Trust.

Mixergy is a University of Oxford spin-out set up in 2014 by co-founders Pete Armstrong and Ren Kang who met during their PhDs. Originally they collaborated on an award-winning electric vehicle project and went on to further investigate the topic of energy storage.

Encouraged by investors and university supervisors, the pair presented an idea for a smart hot water tank at Climate-KIC, a clean-technology convention that awards EU and private funding to innovations that contribute to climate action. Their idea was to add sensors to a conventional hot water tank to:

Renewable energy such as wind and solar means power comes intermittently and from multiple sources, making it harder for power stations to generate electricity consistently.

Often excess renewable power is ‘spilled’ or unutilised. While at other times, such as during peak demand, there is not enough renewable energy available for the National Grid, so it relies on fossil fuels instead.

Connecting devices like hot water tanks and using machine learning to best use renewables, would unleash a dormant energy storage capacity. This capacity would be five to six times higher than the UK’s largest pump hydro energy storage facility, Dinorwig in Wales.

The smart hot water tank idea won them €95,000 at Climate-KIC which they used to set up Mixergy. Investment from Innovate UK, and other government and private funding sources followed. This included for feasibility studies and a project with British Gas to create a hybrid tank that can run off conventional gas as well as renewable power.