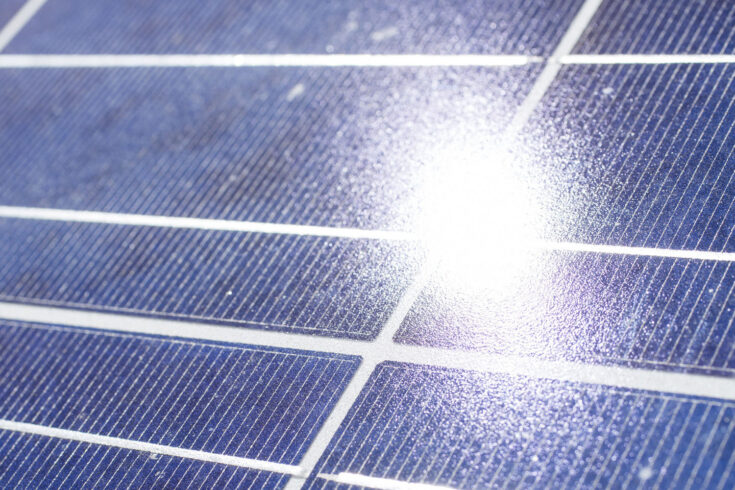 In The Gambia, a 2019 project co-funded by MRC installed the largest array of solar panels in the country, breaking down gender barriers at the same time.

In the leafy town of Fajara, on the coast, is the main base of the Medical Research Council (MRC) Unit The Gambia, West Africa.

Established over 70 years ago, this is one of two research units set up in sub-Saharan Africa by the MRC. Now managed by the London School of Hygiene and Tropical Medicine, the unit carries out science-led research into public health and disease in the region.

The Gambia’s national electricity supply is unreliable. It runs on heavy fuel oil power plants, with customers such as MRC Unit The Gambia using diesel generators for backup in case of outages.

The unit’s 100-acre Fajara site includes a range of scientific and administrative buildings. This offered a great opportunity to make use of the roofs across the complex, as well as the smaller Keneba site a couple of hours’ drive away. More than 1,600 solar panels were installed with a total capacity of over 500 kilowatts at peak power.

By generating solar energy to feed its internal grid, the unit transformed the reliability and cost of its electricity supply. In the process saving an estimated 290 tonnes of CO2 emissions per year.

The project also offered the chance to create an important social benefit, to build the capability of local women and provide them with the opportunity to develop new skills. The results have in many cases been life-changing.

Azimut360 teamed up with the Mbolo Association, an organisation that works for sustainable community development and equality. The Association’s Fandema centre offers vocational training to women, especially those with limited schooling, to help them develop technical skills and an economic role in society.

To work on this and future projects, Fandema and Azimut360 established a women-only solar energy installation team.

The women were trained in the theory, design, installation and maintenance of photovoltaic systems, forming an expert workforce who completed the installation in less than six months.

One of the women in the team, Saffi Saine, says:

The reason I chose renewable energy is because I want to break the gender difference. Normally Gambians believe that any risky job is for men, not for women. In my family it changed my lifestyle.

Our solar energy project has been a great success. It has not only cut carbon emissions and given us a cheaper, more reliable power supply, but also empowered local women and given them vital technical skills for the future.