Meet the scientist who discovered the hole in the ozone layer 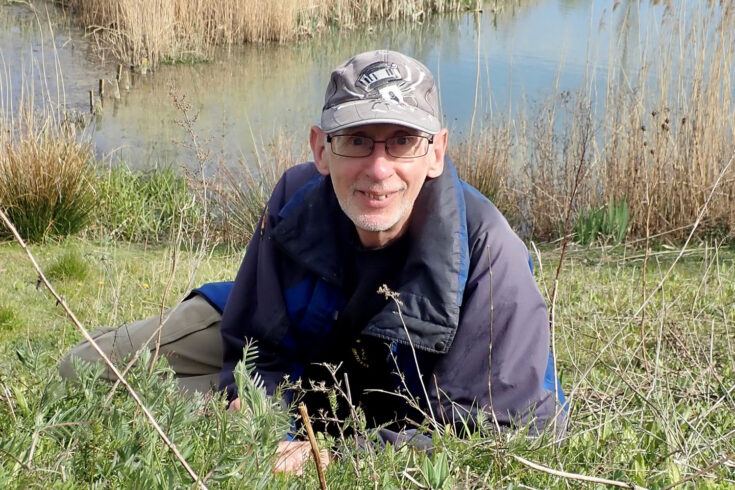 In 1985 Jonathan Shanklin was a junior researcher at BAS when he discovered a hole in the invisible shield that protects us from solar radiation.

We catch up with him to learn about his work and how it has made a difference.

It’s 36 years since scientists first discovered the hole in the ozone layer. An invisible shield that absorbs harmful UV rays from the Sun, and without which complex life on Earth would not exist.

The finding spurred a whole environmental movement in the 1980s and led to the total ban of chlorofluorocarbons (CFCs), the chemicals responsible for destroying ozone.

Impact of the finding

We speak with Jonathan Shanklin, one of the scientists behind the discovery of the hole, about the impact of the finding.

Jonathan, can you tell us a bit about your background and how you started working at British Antarctic Survey (BAS)?

I went to King’s School in Chester, which at that time was a direct grant school, and they really pushed you into doing A Levels. That got me into Magdalene College at the University of Cambridge, where I studied natural sciences.

It was a broad degree, so it covered maths, physics, chemistry and geology. I specialised in physics, with a preference for geophysics. At first I wanted to go into teaching, so I did a teacher training course. But I found the state education system a bit pointless as it was trying to teach all children the same things rather than teaching to their abilities.

I was looking for other possible jobs when I saw an advertisement with the British Antarctic Survey. They wanted a physicist with knowledge of computer programming and an interest in the weather. That sounded interesting, so I applied and got an interview. I was second on the shortlist but the first person turned them down and so I got the job! I have stuck with them ever since.

Please can you tell us a bit about how you first discovered the hole in the ozone layer?

When I first joined BAS part of my job was to supervise and check the ozone data coming back from the BAS ozone spectrophotometers in Antarctica.

Ozone spectrophotometers measure the amount of UV light reaching Earth, providing an accurate picture of how much ozone there is in the atmosphere.

We had three at that time, one at Grytviken (which was captured by the Argentinians in the Falklands war and which eventually came back to Cambridge), one at Faraday (now Vernadsky, which we still support) and the one at Halley.

When Jonathan started there was a huge backlog in uploading the data to the system, as scientists had until then simply scrawled the readings on sheets of paper.

Being an ignorant physicist, I thought if I took this year’s ozone data and compared it with readings from twenty years earlier it would be the same, and so people needn’t worry. But the readings weren’t the same and so it required following up.

Shanklin continued to work through his backlog to try see if that year was just a one off.

It wasn’t. The results were clear, since the late 1970s there had been a systematic decline in the amount of spring ozone. By 1984, the ozone layer over Halley was only about two-thirds as thick as it had been in earlier decades.

Shanklin’s findings were published in a seminal Nature paper in May 1985. The research led directly to the 1987 Montreal Protocol, an agreement to freeze production and consumption of ozone-depleting substances at then-current rates.

Later amendments tightened these restrictions, with global CFC production and consumption phased out by 2010.

Now the Antarctic ozone hole is slowly healing. Although as CFCs have atmospheric lifetimes of 50 years or more, the atmosphere will not fully recover until after 2070, even in the absence of further emissions.

In your opinion, what impact did the original discovery of the hole in the ozone layer have on the world?

The Discovery had a worldwide impact. It’s still having that impact. Because even the smallest changes in ozone readings can reveal interesting things. Recently there was a discovery that CFCs were not declining as rapidly as they should. That was traced back to a source from China, and the Chinese government took action and it is now back on track to where it should be.

It’s amazing that world governments do respect the protocol, and it is humbling to think that industry across the world has had to change because of what seemed to be a small discovery over an obscure part of the Antarctic that most people had never heard of.

Why do you think it is important to continue to monitor the ozone?

You need long-term monitoring to confidently see how things have changed. If you are only making spot measurements and don’t know what changes have happened in the interval, you can’t tell if your change is a one-off event or something systematic. That’s where we really had the edge over everyone else when we made the ozone hole discovery, as we had continuous data from Halley station going back to 1956.

These long-term measurements do have a cost and they don’t perhaps deliver cutting edge science, but if we don’t know exactly what the past has done we will have no idea of what the future holds.

Finally, the Montreal Protocol is widely seen as the most successful environmental protection agreement to date. Why was it so successful, and what could it teach us about combatting climate change today?

I think it was the fact that it was absolutely clear cut, you could show politicians a picture of the Antarctic ozone hole, and so they were very quickly enabled to take action.

There were also alternatives to CFCs that were already available, and because increased UV light was linked to increased incidences of skin cancer, the word cancer made it a public health issue and so political effort was harnessed incredibly rapidly.

The Montreal Protocol has provided an exemplar of how things should operate. If we could adopt the same approach with climate change and proceed just as rapidly then we wouldn’t be in quite such a bad position as we are now, as we should have started taking action on climate change decades ago.

Shanklin was awarded the Polar Medal for his work in the Antarctic by Her Majesty the Queen in 2006. In 2020 the Shanklin Glacier was named after him. Perhaps even more importantly, Shanklin received a Blue Peter Badge for the ozone hole discovery.

He is also a keen botanist and is the Botanical Society of Britain & Ireland Vice-County Recorder for Cambridgeshire and Chair of the Committee for England. He is also a keen astronomer and is visual observations co-ordinator of the British Astronomical Association’s comet section.

He has made 20 trips to the Antarctic, visiting all the British bases, and is now an emeritus fellow at the British Antarctic Survey.