Making a difference on Earth Day 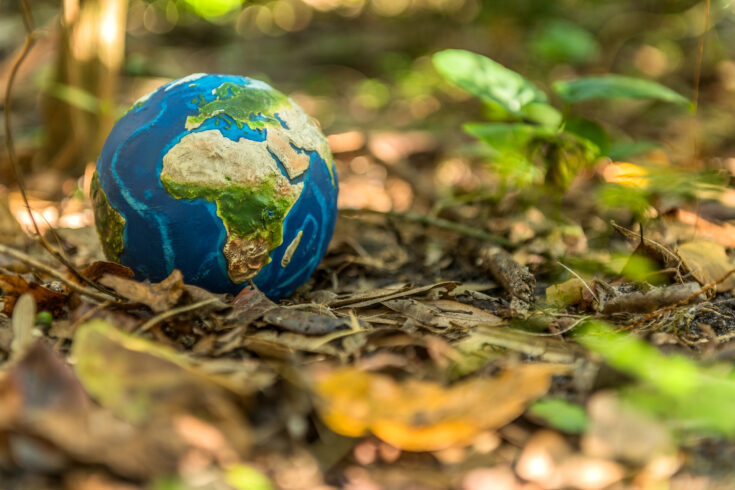 To mark Earth Day on 22 April, we are taking a look at some of the work UKRI is doing to make a difference in supporting the environment.

Once a year on 22 April, the world comes together for Earth Day to highlight the urgent action needed to save our planet.

This year, the action will take place over three days and will revolve around the theme of restore our Earth.

It shines a spotlight on innovative solutions to the numerous environmental problems facing planet Earth, from the climate crisis, to air pollution and deforestation. Issues that will be discussed include:

As funders of world-class research, UK Research and Innovation (UKRI) have contributed to numerous projects to help to restore our Earth.

This ranges from investing in research and pioneering technologies, to contributing to policy and land management strategies. Here we highlight just some of the research and innovation that is making a difference.

Removing carbon from the atmosphere 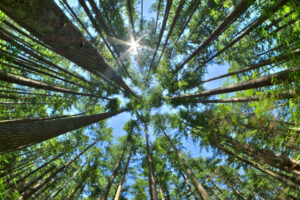 Trees absorb carbon dioxide from the atmosphere and use it to build trunks, stems and roots. They also provide the building blocks for the rich biodiversity around the trees. Tropical forests are therefore key allies in the fight against climate change, especially if land previously cleared for logging is reforested.

New research funded by the Natural Environment Research Council (NERC) shows that the ability of tropical forests to lock up carbon depends upon a group of trees that possess a unique talent. This talent is the ability to absorb or ‘fix’ nitrogen from the atmosphere and turn it into usable nitrogen for plant growth.

The modelling study found that the presence of trees that fix nitrogen could double the amount of carbon a forest stores in its first 30 years of regrowth after land clearance. At maturity, forests with nitrogen fixation took up 10% more carbon than forests without.

The researchers calculated that by including nitrogen-fixing trees in reforestation schemes, tropical countries could sequester an additional 6.7 gigatonnes (Gt) of carbon dioxide over the next 20 years. This equates to about five years of US vehicle emissions.

Peatlands are also valuable stores of carbon. Although they cover just 3% of the world’s land surface, they store at least 550Gt of carbon. This is more than twice that contained in all the world’s forests.

However, damaged or drained peatlands actually emit carbon dioxide, with at least two billion tonnes of CO2 released this way annually. This is roughly 5% of anthropogenic greenhouse-gas emissions.

In the UK this emission from peat is enough to convert the UK greenhouse gas inventory from land use and forestry from a greenhouse-gas sink into a source of the gas, which is a major factor in reducing our CO2 emissions.

Measuring these emissions and restoring peatlands so that they can act as carbon stores is therefore vital. Helping in this effort is NERC-funded researcher Roxanne Andersen, who is helping efforts to restore peatland in Scotland.

Her research is helping determine how best to manage the land for carbon storage by detecting changes in the condition of peatland landscapes, from data collected by satellites.

Read how Roxanne Anderson is also investigating the effects of peatland wildfires on carbon dioxide emissions.

Every year, around 4.35 billion metric tonnes of carbon is released from thawing permafrost. However, a new study shows that this could be reduced by rewilding the Arctic tundra with horses and bison.

During the Pleistocene period, about 2.6 million years to 11,700 years ago, the Arctic was covered in grassland. Large grazing mammals such as bison and woolly mammoths roamed freely.

This grassland ecosystem was lost when these large herbivores went extinct. The Arctic tundra is now characterised by permafrost and woody vegetation.

The University of Oxford study found that repopulating the Arctic with horses and bison could transform the present-day tundra back to grassland. Grazing mammals suppress the growth of trees by trampling or eating saplings, essentially acting as ‘ecosystem-engineers’.

Grasses capture carbon in their roots, but they also enable cold winter temperatures to penetrate deeper into the soil. This delays permafrost melt and reduces carbon emissions from permafrost thaw.

Also working to remove CO2 from the atmosphere is Carbon8 Systems, a tech spin-out from the University of Greenwich. The company is harnessing CO2 emissions from power stations and industrial plants. It is then used to convert toxic industrial waste into low carbon building materials.

Disposing of MSW is a growing problem in the UK and Europe. Much of it is diverted from landfill and sent to incinerators. This first plant developed by the company used pure, bottled CO2.

Following funding from Innovate UK and others, the company is now pioneering the use of the CO2ntainer. It is a modular container that can be deployed directly onsite wherever ash or other industrial by products are produced. It can:

The UK government has just announced a new climate change target of cutting emissions by 78% by 2035.  A first step in reducing levels of carbon emissions is knowing how much we produce in the first place.

A tool developed by Professor Adisa Azapagic, a chemical engineer at the University of Manchester is helping multinational companies do just this.

The Carbon Calculations over the Life Cycle of Industrial Activities (CCaLC) tool allows companies to calculate the carbon footprint of their products or services, and take steps to reduce it.

CCaLC considers the complete life cycle of products. It takes into account emissions generated along the whole supply chain. This is from the initial mining of primary resources, to end-of-life waste management.

So far, CCaLC has been downloaded by over 9,000 users in more than 90 countries. This includes manufacturers from:

Kellogg’s, one of the world’s leading producers of cereals and convenience foods, used CCaLC to estimate the carbon footprint of their entire product range. The tool revealed that the biggest contributors to greenhouse gas emissions were raw materials, packaging and low energy efficiency. It revealed that Kellogg’s carbon footprint could be reduced by up to 20% by focusing on these life cycle stages.

GSK, one of the world’s largest healthcare companies, also used CCaLC to estimate the carbon footprint of some of their key products. The tool showed that Ventolin, used by close to 300 million asthma sufferers worldwide, is one of the main contributors to the company’s carbon footprint. Since then, GSK have started to collect and recycle waste inhalers, saving upwards of 682 tonnes of CO2. 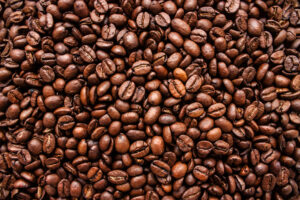 Meanwhile, UCL researchers Professor Mark Maslin and Carmen Nab, have compared the carbon footprint of different types of coffee. They found that changing how coffee is grown, transported and consumed could slash the crop’s carbon emissions by up to 77%.

Over 9.5 billion kilograms (kg) of coffee is produced around the world each year. This demand is expected to triple by 2050.

In Maslin and Nab’s study, the researchers calculated the carbon footprint of Arabica coffee. This is a type of coffee made from the beans of the Coffea arabica plant.

The findings showed that growing a single kilogram of Arabica coffee using conventional methods and exporting it to the UK produced 15.33kg of carbon dioxide gas. However, that figure falls to 3.51kg of CO2 per kilogram of coffee by:

Put simply, while one espresso has an average carbon footprint of about 0.28kg, it could be as little as 0.06kg if grown sustainably.

If we are to feed the world’s growing population whilst minimising the impact on the planet, we need to find new ways to produce food that reduces emissions and pollution.

LettUs Grow is a start-up formed in 2015 by University of Bristol alumni:

The company produces indoor vertical farms, with plants stacked on top of one another, saving on space. The benefits of vertical farming are well known. Crops produced this way are protected against extreme weather and pests, whilst placing production closer to consumption shrinks the carbon cost of transport.

LettUs Grow’s aeroponic system, a method of growing plants without soil where roots are suspended in the air and irrigated with a nutrient dense mist, results in up to 70% faster crop growth than can be achieved under hydroponic systems. Hydroponic methods involve submerging plant roots in a nutrient rich solution. In aeroponics, the roots have greater access to oxygen, which results in healthier plant root stock and significantly faster crop growth rates.

Thanks to Innovate UK funding, the company’s very first product, a small aeroponic grow-at-home kit, has now transformed into a 40ft container farm.

On the other hand, AGRI-SATT led by Feed Algae is developing an algae growing system that exploits natural seawater to produce food in deserts. The project recently received a £4 million grant from Innovate UK, which it will use to:

With a collective effort, there are numerous projects that are making a difference. On Earth Day we have pulled together just some.

Read more of our climate stories.