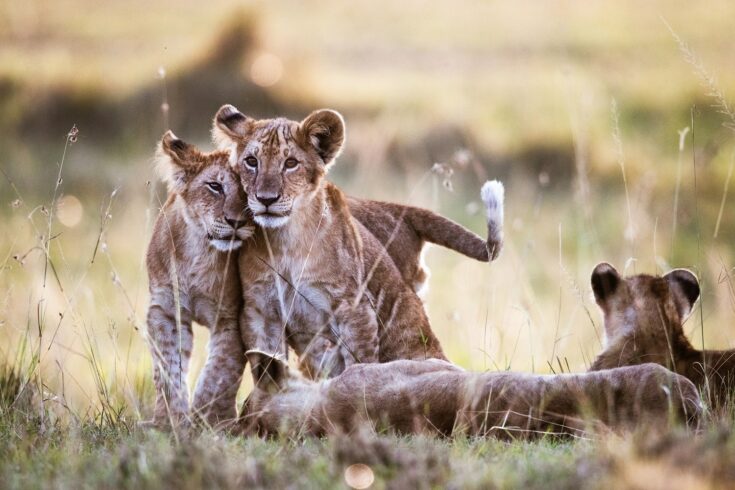 Biodiversity is essential to humans. On the UN International Day for Biological Diversity, we look at how UKRI is helping to research and preserve biodiversity.

From the tadpoles in your garden pond to lions prowling the African savannah, our planet is teeming with life.

So far, about 1.75 million species have been discovered, but scientists believe that the actual number is many millions more. 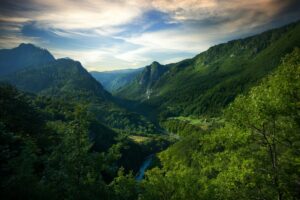 Protecting biodiversity isn’t just about giving plants, animals, fungi and microbes a helping hand. It’s about ensuring that people have access to food, medicines, fresh air and water, and a clean and healthy environment in which to live.

From the forests that clean the air we breathe, the wildflowers that allow bees to pollinate our crops and the deep-sea corals that provide safe nurseries for the fish we eat, biodiversity is essential.

In celebration of the UN International Day for Biological Diversity, we present just some of the ways that UKRI is helping to research and preserve biodiversity across the globe.

Protecting the health of insect populations

Insects underpin the health of much of the natural world and play a vital role in supporting human civilisation.

There are growing concerns, however, that insects are in widespread decline across Europe and beyond. This is due to intensification of agriculture and climate change.

For instance, a study conducted by the UK Centre for Ecology and Hydrology (UKCEH), examined the impact of neonicotinoid pesticides on honeybees and wild pollinators.

Field trials were carried out in the UK, Hungary and Germany. The researchers found that exposure to treated crops in two of the three countries, reduced overwintering success of honeybee colonies. This is a key measure of year-to-year viability.

In Hungary, colony numbers fell by 24 percent in the following spring. The research played a key role in the UK government and EU’s decision to implement a near-total ban on neonicotinoid pesticides to protect insect pollinators.

The four-year Drivers and Repercussions of UK Insect Decline (DRUID) project aims to provide a definitive answer on whether UK insects are declining overall. If they are, they hope to identify what the main causes of the decline are.

Collaborating with the University of Leeds’ innovative BioDAR project, scientists will record the volume of insects flying across the UK every few minutes. They will detect the signals of the creatures in weather radar data.

An army of volunteer wildlife recorders will also act as citizen scientists. They will work alongside researchers to provide a more accurate picture of the status of UK insect populations.

While there are growing concerns that insect biodiversity has declined globally, information about which species are most at risk, and what the main causes are is fragmented.

The Global Insect Threat-Response Synthesis (GLiTRS) project, which began in 2020, is the first study to assess the impact of individual threats. This includes agricultural intensification, climate change, pollution and invasive non-native species. The study looks at all insect groups across the world.

While most traditional studies of population trends are largely confined to a relatively small number of insect species in a small geographic area, GLiTRS will compile wildlife observations from around the world. This includes urban areas and arable fields, even in countries where records are sparse.

Unfortunately, although nature provides us with innumerable benefits – known as ecosystem services – they are sometimes difficult to quantify. They are often perceived to have little market value. This can lead to ecosystems being overlooked in decision making.

The five-year Valuing Nature Programme aims to change this.

It will fund interdisciplinary research to improve our understanding of the complexities of how we value the natural environment. It will then incorporate this in decision making.

It considers the economic, societal and cultural value of ecosystem services, and highlights the role that biodiversity and ecosystems play in human health and wellbeing.

Examples of funded studies under the programme include CoastWEB. This aims to value the contribution that coastal habitats, such as saltmarshes, make to human health. It focuses on alleviation of coastal hazards, and WetlandLIFE, which examines the ecological, economic, social and cultural values of wetlands in England. The aim is to better understand how to manage change into the future.

Protecting life in our polar regions

Biodiversity in the polar regions is under increasing threat from the effects of human activities and a changing climate.

For over 30 years, research by the British Antarctic Survey (BAS) has played a vital role in conservation efforts in Antarctica.

For instance, long-term ecosystem monitoring of seabirds, seal and whale populations at biodiversity hotspots such as Bird Island and Signy has contributed to the establishment of over 3,300,000 km2 of marine protected areas. This represents 12% of the total marine protected areas globally.

These areas give sanctuary to over 20 threatened bird and whale species. BAS research has also informed policies to ensure additional protection for species such as wandering albatrosses and humpback whales. This is in addition to sustainable fisheries.

When most people think about biodiversity in Antarctica, they think about penguins, seals and albatross.

However, creatures living above the waves and ice make up less than 1 percent of the species known from the Southern Ocean.

Beneath the surface live 20,000 weird and wonderful species, and Huw Griffiths, a marine biogeographer at BAS is helping us uncover more about them.

Recently, Griffiths was part of a team of scientists who against all odds discovered a group of animals living under a boulder 900 metres beneath an ice shelf.

A boulder discovered by accident under the Ronne-Filchner Ice Shelf, Antarctica, whilst collecting sediment cores. The boulder is home to the first community of filter feeding animals found 260 km under an ice shelf. Credit: BAS

The team drilled through the Filchner-Ronne ice shelf, situated on the south-eastern Weddell Sea. They dropped a camera down the hole in search of mud on the seabed. To their surprise, the footage revealed a boulder surrounded by 16 sponges and 22 other unidentified animals that could include barnacles.

As the community live 260 km away from the open ocean, under complete darkness and with temperatures of -2.2°C, their existence poses a number of questions about the limits that life can endure.

“Our discovery raises so many more questions than it answers, such as how did they get there? What are they eating? How long have they been there? How common are these boulders covered in life? Are these the same species as we see outside the ice shelf, or are they new species? And what would happen to these communities if the ice shelf collapsed?” says Dr Huw Griffiths of British Antarctic Survey.

The find is significant because it suggests life in Antarctica’s harshest environments is more adaptable and more diverse than we thought.

Over to the Arctic

At the opposite end of the planet, scientists are working on the Changing Arctic Ocean programme. They are investigating how climate change in the region is impacting on ecosystems there.

The Arctic is the fastest changing environment on the planet, and unless greenhouse gas emissions are reduced, this rapid change is expected to become more pronounced.

The Arctic is expected to become ice free in the summer within the next 20-30 years.

As well as retreating sea ice, biological communities living in the Arctic Ocean are also coping with other side effects from global warming. Warming water, changing light availability, altered nutrient balance, pollutants, and acidification of seawater are just some of the changes.

The aim of the Changing Arctic Ocean programme is to predict how these environmental changes will impact Arctic marine ecosystems in a quantifiable way.

These impacts won’t just be felt in the Arctic. Changes in Arctic ecosystems could have far reaching implications for the UK environment and economy. Direct impacts are likely to affect the UK climate, migratory species and industries such as fisheries and tourism.

As Griffiths’ research testifies, life exists even in the most inhospitable places on Earth.

However, monitoring wildlife in these inaccessible areas can be challenging.

Over the past decade, scientists at BAS have used satellite technology and artificial intelligence to identify, count and monitor different species in Antarctica and elsewhere.

The techniques have been successfully used for a range of animals including whales, penguins, seals and albatrosses.

The findings have fed into worldwide conservation programmes, for example they were instrumental in the status of emperor penguins being upgraded from Least Concern to Near Threatened.

Scientists at Plymouth Marine Laboratory (PML), on the other hand, have used satellite data to create maps identifying hotspots of marine life.

Knowing where vulnerable marine animals such as basking sharks and turtles live and feed is vital if we are to save them, however this isn’t always easy, as these species are highly mobile.

The maps created by PML have been used by the UK government to designate 1,884,700ha of seas surrounding the UK as Marine Protected Areas, ensuring protection for key species such as black guillemots, minke whales and basking sharks.

From high up in the atmosphere to beneath the land surface and on the seafloor, protecting biodiversity is crucial. In October, at the fifteenth meeting of the Conference of the Parties to the Convention on Biological Diversity, ambitious new global biodiversity targets will be agreed.

In the meantime, on UN International Day for Biological Diversity, we have highlighted just some of the ways that UKRI research is instrumental in helping to research and protect biodiversity.