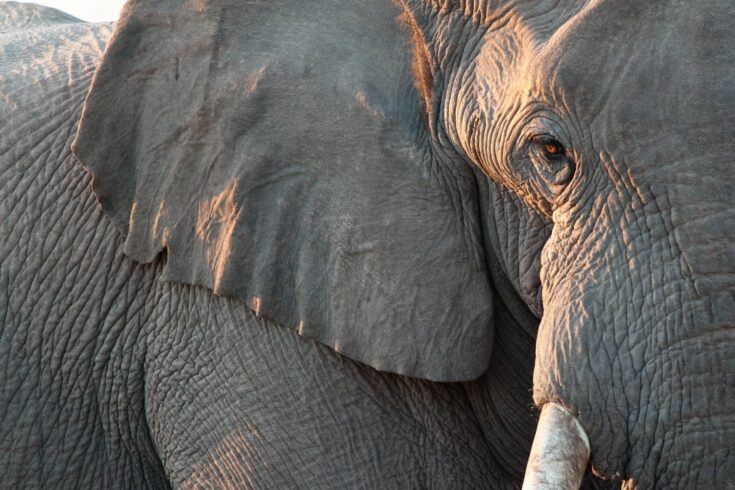 An AHRC-funded project explores how international agreements can be more effective at reducing the harm done by the global wildlife trade.

The unsustainable and illegal trade in wildlife is contributing to biodiversity loss and extinctions.

But the existing legislation covering the trade isn’t up to the job of protecting species at risk.

The main international instrument to regulate wildlife trade is the Convention on International Trade in Endangered Species of Wild Fauna and Flora (CITES).

CITES was set up in 1975 but still only 50% of the signatories have fully implemented it.

Dr Wyatt is principal investigator of the Arts and Humanities Research Council (AHRC)-funded ‘Lessons learned from the implementation of and compliance with CITES’ project.

For me, the inspiration behind the project was that every three years CITES get together and every time they meet, they add more species.

The plight of many species, elephants, rhinoceros and so forth, is grim. So, it just can’t be working.

Because of this Dr Wyatt set out to look for lessons that could be learned as well as best practice in the implementation of and compliance with CITES. She aimed to improve the convention and help to better protect wildlife.

As part of the study, Canada was selected as a case study because of:

What we need to know is whether international parties have both CITES scientific and management authorities to assess and manage species risk?

Do parties prohibit violations? Do they have the means for confiscating wildlife and wildlife products in violation and do they impose meaningful penalties?

CITES is also problematic as it focuses primarily on terrestrial animals with less consideration for marine species or plants, many of which are threatened. Animal welfare is also barely considered.

It’s not progressive enough and it’s out of step with the science and public sentiment.

The world is facing a biodiversity crisis.

While the main cause of species extinction is habitat loss, the second cause is overexploitation, including poaching and the international illegal wildlife trade.

This has to stop.

In November, AHRC follow on funding begins. It consists of four workshops around the world exploring in partnership with global experts in more depth the findings and sharing the results of the original fellowship.

If any of my recommendations were to be adopted that would be incredible.