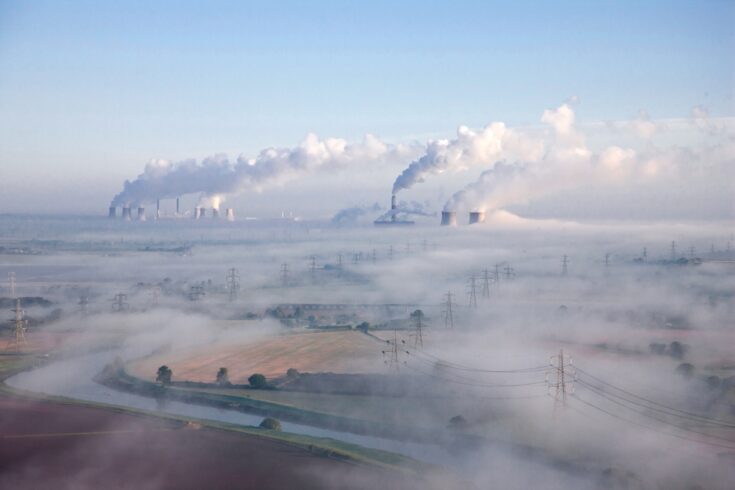 We all need to radically reduce our carbon emissions to combat the effects of climate change.

From harnessing wind and solar energy to designing greener cars, aeroplanes and buildings, researchers are leading the race to net zero.

Hydrogen is the most abundant chemical element in the universe.

If harnessed, the gas could provide a clean source of fuel and heat for our homes and industries.

Hydrogen production projects are already in full swing across the UK.

This would be piped into homes and businesses in the north west area.

The revolutionary project has the potential to reduce carbon dioxide (CO2) emissions by 10 million tonnes every year by 2030.

That is the equivalent of taking four million cars off the road.

It would be done through upgrading existing facilities and developing new infrastructure.

It will do this through:

The UK government wants every home in the UK to be powered by offshore wind by 2030.

While the UK is currently the global leader in offshore wind energy, we need to do more to meet this target.

The £9 million Supergen Offshore Renewable Energy hub brings together a network of academic, industrial and policy experts to champion offshore renewable energy and accelerate its adoption.

So far, the hub has awarded almost £3 million to 30 projects that:

The hub is part of the wider Supergen programme funded by the Engineering and Physical Sciences Research Council (EPSRC).

The right skills for the job

As a windy island, the UK is well suited to exploiting wind power.

However, the UK workforce needs the skills necessary to meet the needs of the fast-growing offshore wind energy industry.

The EPSRC Centre for Doctoral Training in Wind and Marine Energy Systems (University of Strathclyde website) aims to achieve this.

The centre offers the UK’s only comprehensive doctoral training programme in wind and marine energy.

The overall aim of the centre is to provide high calibre PhD graduates.

They would have the specialist, generic and leadership skills to lead future developments in wind and marine energy system.

The government wants to end the sale of new petrol and diesel cars and vans from 2030 and hybrids from 2035.

One challenge that needs to be overcome is energy storage.

Most electric and hybrid cars use rechargeable lithium ion batteries.

These have a limited storage, affecting how far an electric vehicle can go on a single charge.

Currently most mainstream electric vehicles have a range of about 250 miles.

The batteries are also durable and can be operated within a wide temperature range compared to existing batteries on the market.

The first commercial pilots are expected to begin within a year.

UK electric vehicle maker Arrival has joined forces with Hyundai to manufacture electric vans for the transportation and logistics industry.

Called the Arrival Van, the vehicle costs the same as petrol and diesel equivalents but is run by batteries.

The van will enter a brief trial phase this summer with a select group of businesses.

This will include logistics giant UPS.

Full production would begin in autumn 2022.

So far, Arrival has racked up $1.2 billion-worth (around £870 million) of orders, with the aim of building 10,000 vehicles in the first year of production.

The vans, which have a maximum payload of almost two tonnes, will be assembled at a new facility in Bicester.

This will create around 200 new jobs in the first year of full production.

Arrival has received funding from Innovate UK and the Industrial Strategy Challenge Fund.

Imagine if our planes were powered by hydrogen or electricity rather than polluting fossil fuels.

This could be scaled up for larger aircraft and longer journeys.

ZeroAvia, a British and American hydrogen-electric aircraft developer, is developing a zero-emissions engine for demonstration on a 19-seater aircraft.

The HyFlyer II project means customers can expect to fly on a zero-emissions aircraft as early as the end of 2023.

Powerful, quiet and efficient, the system could be used for smaller aircraft travelling short distances, even within the same city.

Funding for H2GEAR, ZeroAvia and InCEPTion was awarded through the future flight challenge, managed by UKRI.

Their construction and use accounts for around 39% of global carbon dioxide emissions (World Green Building Council website).

In the UK they consume around 40% of all the energy produced (GOV.UK website).

So, they present a significant challenge to meeting national and international net zero targets of reducing greenhouse emissions.

Paving the way for self-sufficient buildings

But now, a multimillion-pound project based at Swansea University is paving the way for decarbonisation of heat and power in buildings, both in the UK and abroad.

This combines renewable energy technologies in one intelligent system, integrated into the building structure.

The buildings provide occupants with low-carbon energy for:

As a demonstration of the technology, researchers built the UK’s first ‘active’ classroom.

It produced 1.5 times more energy than it consumed in its first year of operation.

The work is funded by EPSRC.

To reach net zero emissions by 2050, we will need to capture and store significant amounts of CO2 underground.

A recent study by Imperial College London shows that the world is currently on track to meet its targets to divert atmospheric CO2 to underground reservoirs.

Most require the use of carbon storage.

The analysis from Imperial College London suggests that just 2,700 gigatonnes (Gt) of CO2 would be sufficient to meet the IPCC’s global warming targets.

This is far less than leading estimates by academic and industry groups of what is available, which suggest there is more than 10,000Gt of CO2 storage space globally.

The work is funded by EPSRC.

New research shows that the ability of tropical forests to lock up carbon depends upon a group of trees that possess a unique talent.

This is the ability to absorb or ‘fix’ nitrogen from the atmosphere and turn it into usable nitrogen for plant growth.

The modelling study found that the presence of trees that fix nitrogen could double the amount of carbon a forest stores in its first 30 years of regrowth after land clearance.

At maturity, forests with nitrogen fixation took up 10% more carbon than forests without.

The researchers calculated that tropical countries could sequester an additional 6.7Gt of CO2 over the next 20 years, about 5 years of US vehicle emissions.

This is by including nitrogen-fixing trees in reforestation schemes.

The research was funded by the Natural Environment Research Council (NERC).

Although they cover just 3% of the world’s land surface, they store at least 550Gt of carbon.

That is more than twice that contained in all the world’s forests.

However, damaged or drained peatlands actually emit CO2, with at least 2 billion tonnes of CO2 released this way annually.

That is roughly 5% of anthropogenic greenhouse gas emissions.

Restoring peatlands so that they can act as carbon stores is therefore vital.

Helping in this effort is Professor Roxanne Andersen at Scotland’s University of the Highlands and Islands.

Her research is helping determine how best to manage the land for carbon storage.

This is by detecting changes in the condition of peatland landscapes from data collected by satellites.

Read how Roxanne Anderson is also investigating the effects of peatland wildfires on carbon dioxide emissions (NERC grants on the web website).

This research was funded by NERC.

The move to cleaner economic growth, through low carbon technologies and the efficient use of resources, is one of the greatest industrial opportunities of our time.

Whole new industries will be created.

Existing industries will be transformed as we move towards a low carbon, more resource-efficient economy.

It’s vital that sustainable design is at the heart of this green industrial revolution.

The aim of the fellowship was to investigate the extent to which design research in the UK is contributing to the UK’s bid to reach zero carbon emissions by 2050.

She found that there already is a vibrant community of design researchers applying their expertise to the net zero challenge.

For instance, design research is:

This is where the Copernicus Climate Change Service (C3S) comes in.

Using the latest in supercomputing and modelling technology, CS3 is able to produce consistent, comprehensive and credible descriptions of past, current and future climates.

It is also able to predict key climate change drivers, such as future levels of CO2 and the impact of this on melting glaciers.

As well as climate scientists, the service has been used by:

CEDA is based within RAL Space, a department of the Science and Technology Facilities Council.

These are just some of the ways that researchers and innovators are helping us progress towards net zero.