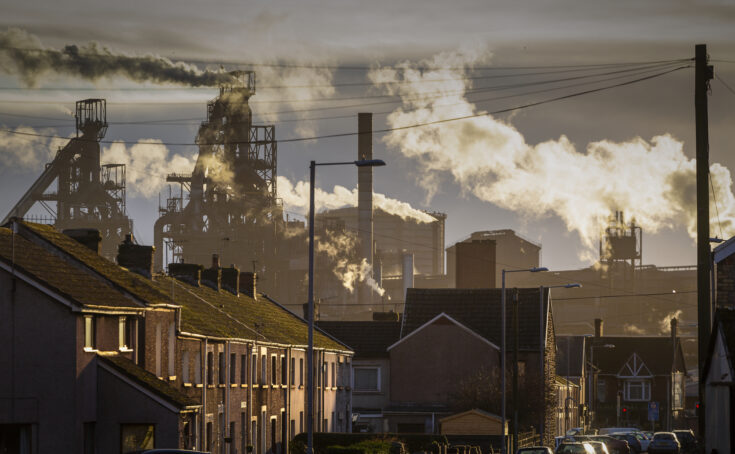 From car exhaust fumes to industrial smoke, air pollution kills over seven million people a year. For Clean Air Day 2021, we speak to a world leading expert on air pollution and building ventilation.

Air pollution is linked to a range of health conditions, including but not limited to:

The problem is not just outside, it’s in our homes. Researchers are working on a range of solutions to tackle this global problem. 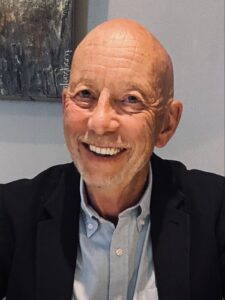 Professor Paul Linden is the G.I. Taylor Professor Emeritus in Fluid Mechanics at the University of Cambridge.

Professor Paul Linden is a world leading expert on air pollution. He is currently leading several UK Research and Innovation (UKRI) projects in this area. He is the GI Taylor Professor Emeritus in Fluid Mechanics at the University of Cambridge. For Clean Air Day we spoke to him about his work:

I am an applied mathematician.

Mathematics may not seem like the obvious link to solving a problem like air pollution, but Linden is a mathematician who specialises in the fluid mechanics of buildings.

He uses small scale models made of Perspex to quantify the impact of pollution in buildings. He then immerses the models in water and uses dye to reveal exactly how pollutants travel through a house.

If you try to work out where air goes in a room it is pretty hard.

You can put smoke in buildings, but people don’t like that very much if they are working in it! Our method is a really easy and accurate way of understanding airflow through rooms.

Linden initially developed the models to look at ways to make buildings more energy efficient. An example is by looking at the impact that having more windows has on air exchange with the outside world.

Scientists around the world have come up with new innovative materials and ways of building houses that reduce their energy demand. That is the amount of energy required to heat or cool them.

However, as buildings have become more efficient, they have also become more airtight. This makes sense from an energy perspective but can raise levels of indoor pollution that linger.

What happens inside stays inside

As buildings have become tighter, any pollution that is generated indoors tends to stay indoors for a long time.

Cookers, heaters, stoves and open fires, as well as cleaning products and even toasters can create:

While outdoor air pollution is subject to laws and regulations, governments are only just waking up to the dangers that indoor pollution poses to health.

People spend up to 90% of their time indoors, so what happens indoors really matters.

One of the groups most at risk from indoor pollution are children. The World Health Organisation (WHO) estimates that 600,000 children died in 2016 as a consequence of polluted air.

Children are a very vulnerable group in terms of air pollution. Their bodies are still developing physiologically, so damage done at this early stage is carried with them for rest of their lives.

Linden leads The Tackling Air Pollution at School (TAPAS) network, which has been set up to investigate air quality around schools.

This is especially pertinent, as we know that over 8500 schools, colleges and nurseries are in places where air pollution is above WHO limits, which equates to 1.7 million children.

The network brings together experts from a wide range of disciplines to find solutions to both indoor and outdoor air pollution.

Experts in the network will also analyse the effectiveness of solutions, such as:

It’s vital that any measures do not have unintended consequences, such as bringing in outdoor air pollution, or producing harmful chemicals indoors.

Ultimately, the project will result in measures that schools, pupils, parents and teachers can take to protect themselves from air pollution.

Professor Linden also leads a project that seeks to provide a blueprint that developers and planners can use to build sustainable buildings in clean, unpolluted environments. This is the Managing Air for Green Inner Cities (MAGIC) project.

One of the main goals of the project is to find natural ways of cooling buildings.

Global warming means that by the year 2100, the world’s cities could warm by as much as 4.4°c on average.

This is exacerbated by the urban heat-island effect. This is a phenomenon in which concrete buildings and roads soak up the sun’s energy and release it into the night, raising the temperature of urban areas.

While air conditioning is an effective way of cooling buildings, it is very energy intensive.

I personally believe it is unsustainable. We don’t have the capacity as the world develops and becomes more urban to operate on the principle that every building will be air conditioned.

What we want to do is provide an alternative which is how to use natural ventilation in the built environment.

Natural ventilation is a method of supplying fresh air to a building or room by means of passive forces. This is typically by wind speed or variations in pressure caused by differences in temperature between indoors and outside.

However, if you bring outside air into a building, then you need to make sure it is not polluted.

We already know that having parklands, trees and open water sources close to residential areas can have a cooling effect. However, it may be that these measures can improve air quality too.

To help find out, Linden and his team have created a powerful computer model able to simulate in detail, the passage of pollutants across a street.

The model is so accurate that it can show how pollution changes with wind direction. It can also show people’s exposure changes as they walk along the pavement or stand at a junction.

The model allows researchers to tweak variables such as the number of trees on a road and calculate the effect that would have on air pollution.

In the future the model could be used by planners wishing to reduce levels of air pollution in new or existing builds.

Decades of UKRI investment have played a critical role in understanding and tackling air pollution.

Learn more about how UKRI-funded researchers are helping tackle this vital issue.