Apprenticeships and the opportunities you never knew existed 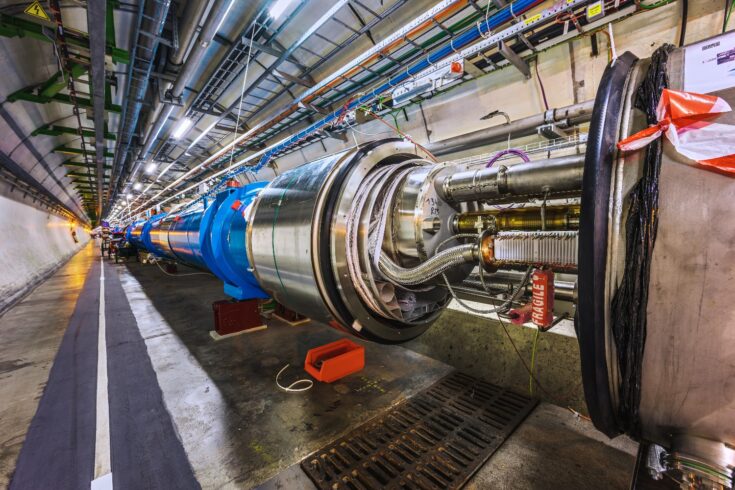 With the recent Large Hadron Collider (LHC) restart, I reflect on the opportunity I had as a Scientific and Technology Facilities Council (STFC) apprentice at CERN.

Working at STFC’s Daresbury Laboratory, I have had the opportunity to be involved in astonishing science projects, including the four years of my apprenticeship and ever since.

A key role in world-leading science

As an STFC apprentice, you work on all sorts of cutting-edge projects. It would take forever to list exactly what I worked on during my four-year apprenticeship.

However, a highlight was working as a lead technician alongside a team from the University of Edinburgh for the CRYRING Array for Reaction Measurements (CARME) project. This project uses an extreme high vacuum detector system used for researching the conditions of the early universe using heavy ions amongst other astrophysics research.

In 2019, I undertook a seven-week international placement working on the world’s largest and most complex scientific instruments and alongside physicists and engineers probing the fundamental structure of the Universe. Working at CERN during my apprenticeship was an opportunity that would prove invaluable to me in both my personal and professional development.

Working alongside the Mechanics and Logistics section of the Beam Instrumentation Group, I had the opportunity to work all over the site on all sorts of projects and accelerators across the CERN complex.

The Mechanics and Logistics section are responsible for the installation, build and maintenance of all beam instrumentation. Coupled with an extended shutdown on the LHC, this meant that everyday there was the opportunity to work in a new location with a different group of people.

Whilst I can say I enjoyed every minute of it, some of my personal highlights include visits to:

Being behind the scenes at arguably the world’s most famous particle accelerator, it is clear the scale of the engineering required to further the science research. However, my background as an STFC apprentice meant I never felt out of my depth.

It was an honour being both one of the first STFC apprentices, and apprentices in general, to work underground within the LHC complex. Knowing that my work directly contributed to the LHC is astonishing and it will be especially exciting seeing how the upgrades perform in the upcoming LHC runs.

I am proud to be one of the many people who have contributed to world leading science research.

The Compact Muon Solenoid, one of the experiments at CERN (credit: STFC)

My long-term goals include a degree apprenticeship, as an upskill of my current role to gain a Bachelor of Engineering (BEng) in mechanical engineering. It’s a great opportunity to gain a degree. But also, in my case, eight years’ work experience in a world-class laboratory and the chance to have worked in an international ground-breaking facility such as CERN.

My apprenticeship gave me hands-on experience and academic qualifications, a crucial combination of skills and knowledge unique to apprenticeships. Beyond the engineering skill set, my apprenticeship helped me to develop personal skills, working with diverse groups of people internationally.

I believe the path I’ve chosen will open more opportunities for me than a conventional degree would have. Even though everyone says it, getting paid while you learn is fantastic, and having your degree funded through your apprenticeship eliminates the anxieties many young people have around student debt.

Want to find out more?

I cannot emphasise enough how the apprenticeship I completed with STFC has given me more opportunities than I ever knew existed.

Whether you’ve recently left school, changed careers, or are looking for a challenging alternative to university, STFC offers a variety of apprenticeship programmes to help you start your new career.

STFC apprenticeships are accessible to everyone. As well as helping to upskill STFC’s existing staff members, STFC also receive applications from:

Take a look at the opportunities offered through the STFC apprenticeship scheme. 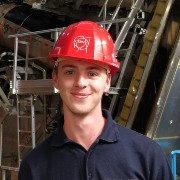 Alex works within the Technology Department at STFC Daresbury laboratory.

He completed a Mechanical Engineering Apprenticeship and worked as a Mechanical Technician before moving to his new role as part of the design team for the  Compact Linear Accelerator for Research and Applications (CLARA).