Preparing for CBD COP15: a view from Geneva 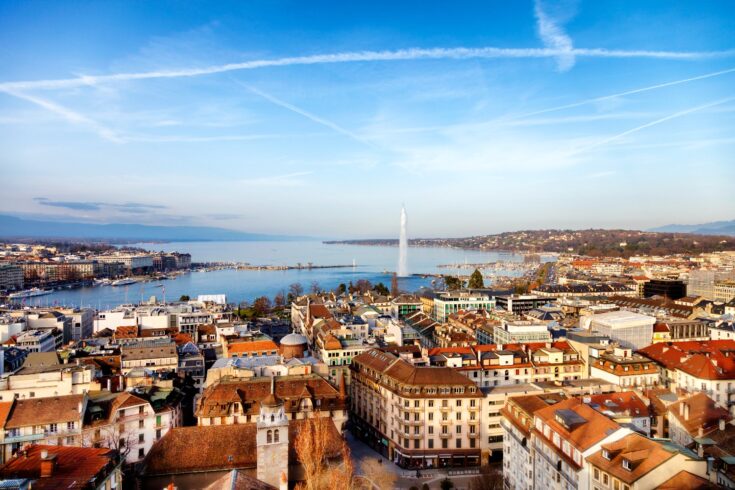 Firsthand insights from Geneva in preparation for the UN Biodiversity Conference (CBD COP 15).

I’ve recently returned from Geneva, where for two and a half weeks parties to the Convention on Biological Diversity (CBD) met to negotiate final proposals for the upcoming UN Biodiversity Conference. The conference will be the 15th meeting of the Conference of the Parties (COP 15) to the CBD, and is scheduled to take place later this year.

At Kew my role focuses on working with science staff and international partners to ensure our activities are in line with national and international law. This is particularly focused on rules on access to genetic resources and benefit sharing, or ‘ABS’ as they are known.

In Geneva my aim was to ensure expert science underpins decision making, that plant conservation is highlighted, and to meet key national focal points in countries where Kew is working.

Expectations in Geneva were high. Parties have been working on the post 2020 Global Biodiversity Framework, (GBF), setting out agreed goals and targets to tackle the current biodiversity crisis, for several years. And the situation is urgent.

The previous Aichi Biodiversity Targets have not been met and the global pandemic has delayed meetings by over two years. Furthermore, the current financial crisis and possibility of war mean the ‘transformational’ change that is needed across all aspects of society is being threatened.

These were the first face-to-face meetings for over two years and while some progress was made, they also revealed fundamental differences.

A key aspect of the Biodiversity Convention is that all decisions are made by consensus. Decision making can therefore be slow, involving detailed discussions, compromise, and very, very, late nights to arrive at wording that might be accepted by all parties.

The draft papers coming out of the discussions in Geneva are full of bracketed texts and decisions still to be taken.

To my mind, whatever is agreed in the detail of the new GBF, the key to successful implementation will depend on governments committing more funding. And, essentially, more recognition of the urgency of the crisis.

As at the UN Climate Change Conference of the Parties (COP26) in Glasgow, resource mobilisation was the biggest issue.

Many countries simply will not be able to promise or complete necessary action without more money and resources for implementation. Lessons have been learnt from the failure of the Aichi Targets and no one wants a repeat.

Despite reservations from a few parties, I saw growing support for the science-based proposal to protect at least 30% of the planet’s land and ocean by 2030.

In addition, there was widespread support for more integrated protection of the rights of indigenous peoples and local communities within the new framework.

One area where there remains a lack of agreement is how benefits might be shared from the use of digital sequence information and other biodiversity related information.

An extra meeting has now been scheduled for the end of June in Nairobi to try and resolve some of these issues.

The importance of diverse perspectives

One of my favourite aspects of attending international meetings is being able to meet in person, talk in the corridors or in the conference centre café, and attend side events. I always learn new things.

Although this was harder due to COVID-19 restrictions in the venue, I was pleased to see the strong involvement of delegates from diverse perspectives.

This included youth groups and representation of indigenous peoples and local communities, increasingly as part of national delegations.

I was left shocked by a stark statistic presented in a side event run by bioDISCOVERY, Future Earth and GEO BON. They have recently completed a synthesis which revealed that 80% of the biodiversity information made available to advise parties to the CBD in their decision-making is from a mere ten countries.

As scientists we have to do better. We have to ensure that we fill these gaps and that the information made available and used to make vital decisions for the Earth’s future is fully representative.

Elizabeth Maruma Mrema, the Executive Secretary of the CBD, was awarded the Kew International Medal at the end of March.

Watch her inspirational keynote lecture on make or break moment for biodiversity following the meetings in Geneva. 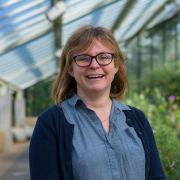 China Williams ensures that Kew staff comply with the Convention on Biological Diversity, the Nagoya Protocol on Access to Genetic Resources, as well as the national laws of partner countries.

China represents Kew at national and international meetings and works with the UK government so that Kew’s breadth of science knowledge is used to guide policy decisions.

She has developed and delivered a range of policy training modules for Kew staff, partners, and others in the non-commercial research sector as well as at graduate and postgraduate level.

China is qualified as a barrister and has a Masters (LLM) in International Environmental Law from SOAS, University of London.