Generating electricity by lowering weights inside old mine shafts 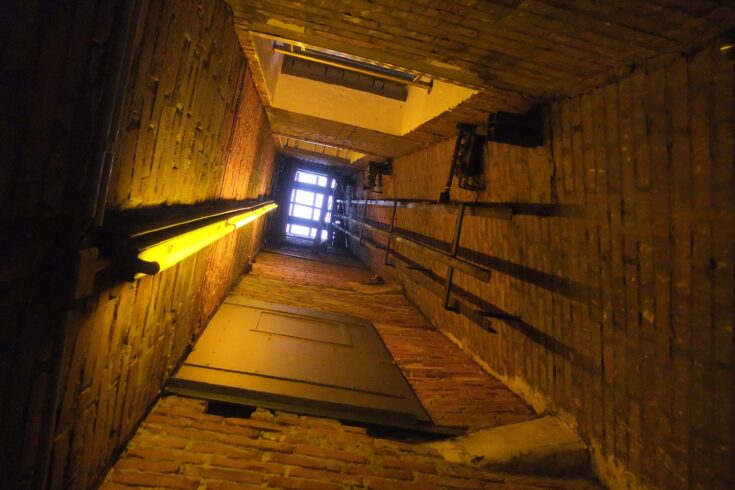 Edinburgh company Gravitricity is developing a system that uses mine shafts to store and supply energy to the National Grid.

The system is the brainchild of serial inventor and technical director Peter Fraenkel. Peter previously worked with Gravitricity’s chairman Martin Wright when developing similarly innovative work for Marine Current Turbines. Peter Fraenkel’s innovation was to hoist and suspend weights over disused mine shafts, then use the power generated by lowering the weight inside the shaft to rebalance supply quickly.

Managing director Charlie Blair joined Gravitricity in 2015 after leaving the Carbon Trust. He was looking for a low-carbon innovation to help lower emissions more directly.

Using gravity to store energy is already commonplace in pumped hydro, but using a solid weight has many advantages. There are a few companies out there that are using weights, but Peter is really great at simplifying things. We’re responding to second-by-second or minute-by-minute imbalances on the Grid, which is more valuable. Our system has a lot of versatility.

Independent analysis by Imperial College London supported the company’s claim that gravity energy storage was more cost-effective than current alternatives, as well as being cleaner and having greater longevity.

Gravitricity has a timeline of five to six years before the concept comes to fruition. The initial grant of £175,000 from Innovate UK solidified the concept in 2017.

Project development manager Chris Yendell started working for Gravitricity after the second Innovate UK grant of £650,000 was awarded in 2019. His work is currently focused on the scale 250kW concept demonstrator. Later, he will begin developing a full-scale prototype.

Working at Gravitricity, we’re really motivated by the cause. It’s more than ‘just a job’. The end goal is something we all believe in.